Zunana Malala Wants to Have a Say 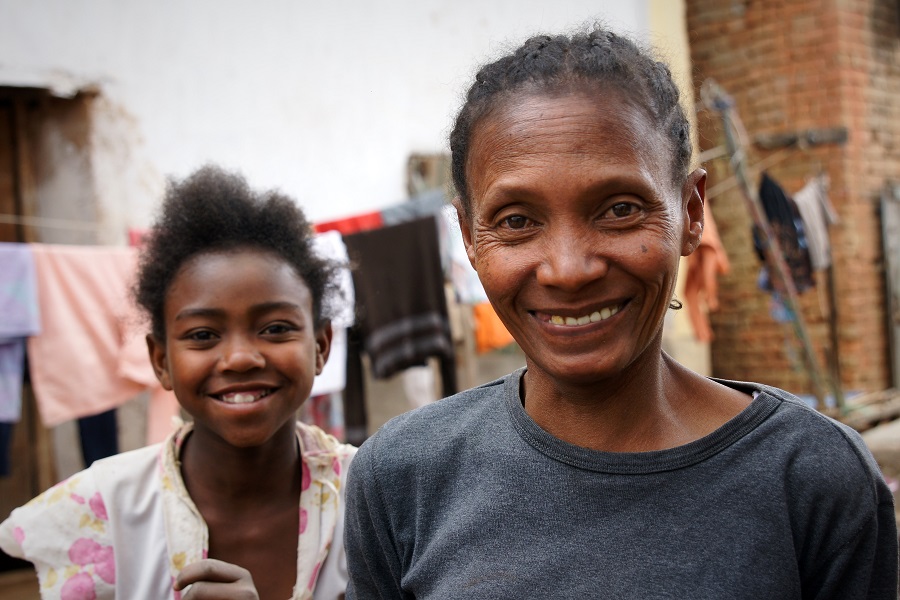 This story originally appeared in our magazine, The Mission Update, and has been lightly edited for clarity.

At the age of thirty-eight, Zunana Malala is an old woman. She lives in a small hamlet in the middle of the Madagascan rainforest. The emaciated peasant woman has walked on narrow trails through the hilly jungle to the next larger village, Vohilava.

In Vohilava, she wants to obtain an identity card so she can cast her vote at the next election. The local catechist encouraged her to do this. Father Czeslaw Sadecki, a Divine Word Missionary, had explained the importance of these civil rights to him and to the other catechists in the area. Malala had even heard the appeal on the radio.

Madagascar is one of the poorest countries in the world. But in the midst of poverty and hardship, Divine Word Missionaries encourage women and men to exercise their civil rights and to make their voices heard in the governmental system of their countries as much as they are able.

The year is 2013. Until now, Malala has not appeared in the bureaucratic framework of the Republic of Madagascar.

Why would she? She has spent most of her life in the middle of the jungle far away from navigable roads. The elite of the country has no interest in a backwoods person like Malala. There is nothing to be gained here from her. She has had seven children. All her energy has been taken up with supporting the two boys and five girls. She has, with great effort, wrested land from the forest by slash-and-burn so that she can grow sweet potatoes, cassava, rice, and vegetables. It was all done by hand since there are no machines. When the harvest is poor, they starve.

But there are signs of improvement, perhaps not for her, but for her children. For this reason, she wants to cast her vote in the next elections.

In December 2008, Andry Rajoelina, with the help of the military, forced his predecessor to withdraw as president of the country. The office was conferred on Rajoelina. Immediately afterward, he promised democratic and free elections. Since then, elections have been postponed, month after month, year after year. When Rajoelina came to power, he was thirty-four years old. He fought against a corrupt system and a president who helped himself unscrupulously at the expense of the country. The youth and a section of the elite aligned themselves enthusiastically with him.

By the time Zunana Malala goes to get her identity card in 2013, nothing has changed. There are still no navigable roads to her village. Electricity exists only for people who live in large cities or can afford a power unit. Her children can only attend a secondary school if they are admitted into a boarding school run by Divine Word Missionaries. The square in front of the makeshift registration office, which is located in the parish hall, is full of people waiting. She joins the line wearily.

“Hello, Zunana! Glad to see you here!” Fr. Czeslaw greets her. “I’m afraid you’ll have a long wait. The officials were obviously not expecting to have so many people applying for an identity card.” The tall, slim missionary from Poland is pastor in Vohilava. Seven chapels in larger settlements and seventy-two outstations belong to the parish. He regularly sets out on foot to visit the people and travels for a week to ten days.

The residents make a hut available for him to stay in, but it is not like a hotel. Once they gave him the gift of a cushion filled with rice straw. However, when rats came in during night and began to push and pull at the straw, Fr. Czeslaw renounced this luxury. Despite the hardships, what he loves most about his work are these excursions to the people in the remote villages.

Without getting out of breath, he walks up the steep path to another meeting room. The room is packed with men and women listening to the statements of an official. A few scribble their notes with pencil stubs on writing pads. Fr. Czeslaw has invited Patricia to explain land rights to the catechists and other interested people. As an official, she is taking a risk by explaining their rights and obligations to them.

In Madagascar, there is no land register as in other countries. It is often not possible to verify who owns the land. A purchaser may buy land from someone who is not the owner. Officials sometimes maintain that land is in the possession of the state. Patricia knows colleagues who profit from the unclear legal situation.

Fr. Czeslaw knows that he must make a special acknowledgement of Patricia’s effort, so a chicken from the parish chicken coop changes hands.

The wise priest is not the only one who makes use of the crowd in Vohilava to bring his message to the people. Vendors have seen an opportunity and offer fruit and drinks along the sides of the muddy streets. In the middle of the road is a large group of young men focusing on a player. On an upturned crate which serves as a game table, he pushes a cup around with apelike speed and promises money to the person who can guess which cup conceals the dice. “Didn’t I see you in Manajary? And isn’t that your friend who’s winning?” asks Fr. Czeslaw. Nobody pays attention to him. The hope of winning the big money without working is far too great.

On his way back to the rectory, he passes the parish hall where many people are still waiting for their identity card. “Good evening, Zunana,” he calls out to the peasant woman who is about to obtain her identity card. She has only to sign her document now. She proudly presses her index finger onto the stamp pad and then onto the form, smiling at the official with her toothless mouth. Soon she will have a say when it comes to the welfare of the people of Madagascar.

The international sanctions that led to impoverishment and famine in Madagascar since 2009 were lifted. In the six years since this election, Madgascar continues to face many challenges and has remained one of the poorest countries on earth. But hope and promise remain because of the lives and efforts of people like Zunana Malala.

Divine Word Missionaries continue to work in Madgascar to serve in parishes and promote the health and well-being of all its people.