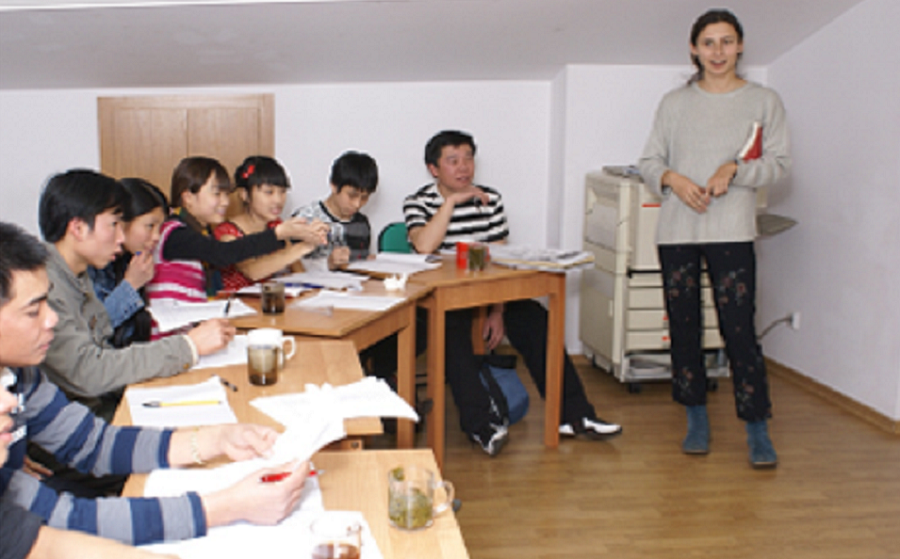 In the Message for the 98th World Day of Migrants and Refugees, 2012, Pope Benedict XVI wrote:

"The present time calls upon the Church to embark on a new evangelization also in the vast and complex phenomenon of human mobility. This calls for an intensification of her missionary activity both in the regions where the Gospel is proclaimed for the first time and in countries with a Christian tradition.”

Already in the 1980s, Divine Word Missionaries in Poland were ministering to migrants and refugees, mostly foreign workers who were employed in the auto industry. By the 1990s, larger numbers of migrants and refugees were arriving from Chechnya, Ingushetia, Sri Lanka, Pakistan, Afghanistan, and a number of African countries.

Father Edward Osiecki SVD, along with some Missionaries of Charity, began visiting centers where the refugees were housed. Fr. Osiecki also met numerous migrants from Vietnam. It was providential that a young Divine Word Missionary from Vietnam, Father Vo Thanh Khanh SVD, had recently been assigned to the Polish Province, so he was able to minister to them. Recognizing the growing needs of the many groups of migrants and the importance of education in languages, Divine Word Missionaries decided to open a center for refugees and migrants.

When St. Joseph Freinademetz went to China in 1897, he was only twenty-seven years old, and he knew he would never return to his beloved homeland of Tyrol. He would become, in his own words, “a Chinese to the Chinese.” We envisioned that the Fu Shenfu Migrant Center would be a place where people from many countries and cultures could come for support and assistance. We felt somewhat inadequate as we began to serve people from so many countries and cultures, but we took courage because of the words of St. Joseph Freinademetz: “The language that all people understand is that of love.”

Creating a Community Built on Love

The center is busy all day long, buzzing with people and ideas. Visitors drop in for a cup of tea, use our computers, or just watch a little television. We recently opened a chapel outside of Warsaw to cater to the large group of Asian migrants living there. On Saturday evenings, about 120 Vietnamese Catholics gather for Mass.

We also offer Polish language classes for Vietnamese and Chinese speakers. Our staff is organizing a symposium for Divine Word Missionaries in other European countries who are engaged in ministry to migrants.

Five Divine Word Missionaries work at Fu Shenfu Center: Brother Piotr Pliedziewicz, and Fathers Joachim Vo, Joseph Nguyen, Damian Chichy, and Jan Wróblewski. The Divine Word Missionary Mission Center in Pieniezno is the chief financial supporter of the center, and we also invite our friends and benefactors to help us. Our provincial, Father Andrzej Danilewicz SVD, has established a registered foundation, which we hope will give us greater financial stability in the future.

We focus our efforts on language education because access to the common language of their new home gives migrants and refugees the opportunity to engage in their new home, whether it is permanent or temporary.

Language draws human beings together, allowing us to laugh, love, work, and live alongside each other. This is just one concrete way we help ease the difficulty of transition for refugees and migrants, through the power of language education at the Fu Shenfu Center.